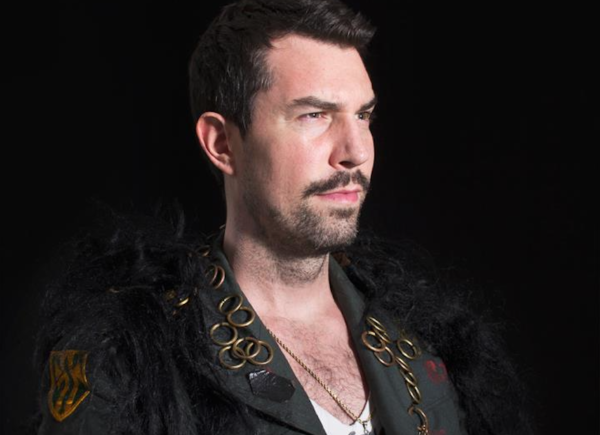 TIM SAYS: “ZACK HAS AN INSIGHTFUL AND IMAGINATIVE VISION OVER MANY DIFFERENT MEDIA”

Like the archetypal trickster, Beverly Fresh tests the limits of possibility and order. Linking the institution and the outskirts, he flips the script not only on rural community rituals, but also on the habits of art institutions, in order to delve into underlying mores, customs, and values. What are illusion and reality? What do we celebrate and why? From what does meaning derive? What actions do we take to find it? What gyrations, gestures, negotiations, and invitations do we allow to get there? At a time when the division between urban and rural communities is deepening, how can we find paths toward understanding or at least engage with one another—perhaps with some good old-fashioned performance art at a pancake breakfast?
– Julie Rodrigues Widholm, Director of Berkeley Art Museum & Pacific Film Archive
From the publication “Beverly Fresh – Really Somethin Else” (University of Chicago Press / DePaul Art Museum)

STATEMENT
I use both traditional and alternative strategies to examine cultural structures through a variety of media, including drawing, graphic design, installation, video, music and performance. I focus mainly on social behavior and communication devices and my research builds upon theories established by sociologist Erving Goffman, with particular interest in the parallels between social life and theater, which he outlined in The Presentation of Self in Everyday Life. In the social sciences the term “framing” refers to a set of concepts and theoretical perspectives on how individuals, groups, and societies organize and interpret the social world and how they construct and maintain reality through the deployment of collectively developed communication strategies. Building upon this theoretical tradition, I am interested in “how a culture performs.” My work focuses specifically on the use of established techniques of performance in everyday life, such as song, dance, and storytelling, as these communicative forms have been used for ages to define/sustain the identities of communities, societies, and cultures. In my work, I test what happens when these formal devices are successfully executed, deliberately undermined and/or disassembled and reconfigured.

Far more dangerous, far more demanding, far more compelling is the homegrown rogue—one of us who rises up and doesn’t so much create disorder as point out that the order we thought we had was never really that orderly, that the everyday was always already beyond excess, that the freak is not the foreigner but one of us, one of us, one . . . of . . . us. By the time Zack Ostrowski knocks, he’s already inside. Zack Ostrowski is and is not Beverly Fresh. And he’s got the out-of-control under control. Under the tent, he’s started a gospel revival meeting, chanting nonsense in call-and-response; in under two minutes, he’s created the largest stack of rap cassette tapes and put himself in Guinness World Records; under the radar, he’s worked on graphic arts projects for major publicity campaigns while also doing his own digital collages of freaky faces. Understand this: he is out of this world, but he is completely from our world. One of us. Deftly, entertainingly, brilliantly, Beverly Fresh exposes this trinity of truths as only someone who is one of us could. He embodies our culture, making it appear. He raises it up and celebrates it rather than denigrates it. And at the same time, he demonstrates to us how it is already excessive in its everydayness, and thus we cannot look for a share—accursed or otherwise—that will give us a clue as to which thread to pull in hopes of revealing its true un-excessive nature.
– H. Peter Steeves, author of Being and Showtime; Blinding, Bright, and Beautiful; and The Things Themselves